Rebel With A Cause

On the face of it, the capture is rather simple — a young man walking in the city.  On further inspection, though, I find the image more complex and moody.

In this nondescript urban setting, clumps of leaves litter two benches in a “park”, sans grass.  Garbage bins stand guard nearby.  The man strikes a James Dean pose as he pulls on a cigarette, collar up on the jacket.  He walks with a confident gait, seemingly assured of his destination.

But what is the ultimate destination?

The subway wall truncates the eastern access, leaving the grungy alleyway as the sole means of passage.  Security pillars and bars on the wall provide an additional atmosphere of incarceration.  Is he entering the inescapable walls of the city, meandering to a destination, or attempting to flee? 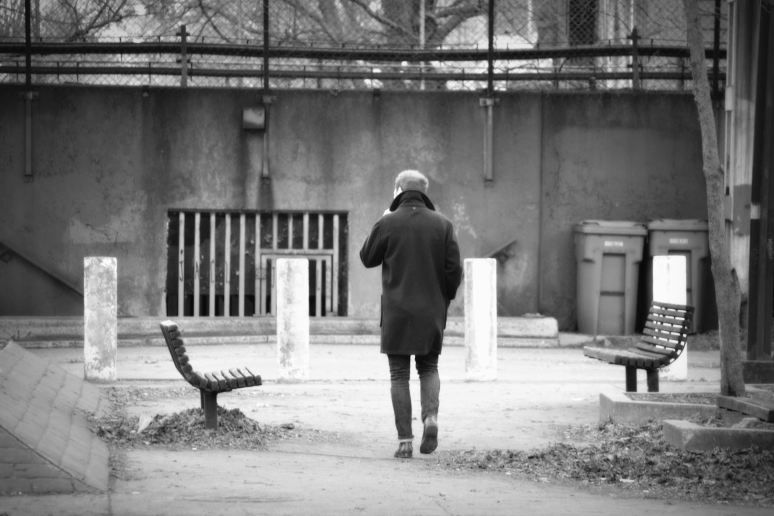 33 thoughts on “Rebel With A Cause”

Leave a Reply to H2O by Joanna Cancel reply